The Retro Pixel IPS arrives on the Game Boy Color! Featuring a slightly larger LCD, touch brightness control, and a variety of display effects, this kit from Funnyplaying contains everything you need to have your console up and running with a new display in no time.

Please read the product description carefully and in its entirety before purchasing.

This mod is pretty easy to do even if you have minimal soldering experience like me. Especially since everything you need for the screen is provided if you order from retro modding. The only downside is the screen lens that you get from Retro Modding doesn’t have the GBC logo so if you want a screen lens with the logo you’ll have to order the lens separately from somewhere else.
The payoff is well worth it - definitely a lot of fun to do as well! 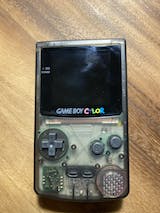 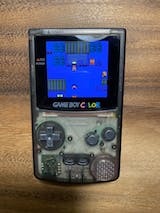 Well install was simple. Noting that I do a lot of rebuilding of consoles and solder work. Was fun 2 cut up my original GBC from childhood and give it a new age look and new sound and membranes. First turn on was the best 2 see that bigger screen and bright also, I mean man I wish it was like this when I was a kid lol. I'd probably not be so good in school, but man I do recommend this product and speaker for a fresh new look and feel of that GBC nostalgia. Thanks guys and gurls for a wonderful and new way to enjoy my GBC again.

Glass lens that comes with kit has no "Game Boy Color" text which was a letdown..

Fairly straightforward installation, they were all out of the cutting stencil, but you can use the provided lens to trace out what you need to cut. Screen looks great and shipping was quick.

B
B.S.
Great looking screen, make sure you have new capacitors!

I used the images from Retro game repair shop for reference to trim the shell and solder wires. I really want to stress that you should replace at the very least the large capacitor on your GBC when doing this mod. I tried installing this screen with two GBC motherboards and both started out looking great (including testing outside the shell before installation) and after a few minutes of play the screen started to have issues and eventually stopped working properly. See my Reddit post here for details and videos of what the issue looks like: https://www.reddit.com/r/Gameboy/comments/mr5pbg/need_help_troubleshooting_this_retropixel_q5_lcd/?utm_source=share&utm_medium=ios_app&utm_name=iossmf

I also highly recommend cleaning all connections and solder points really well with Isopropyl alcohol including the ribbon cable connections, especially if you are soldering and desoldering as much as I was trying to problem solve.

Retromodding was very quick to respond to my emails and offer suggestions and they were great to not just outright say it was my fault which I can imagine would be really hard when you are dealing with people of all skill levels in modding. Thanks again for you help and patience!

As far as the screen goes. It looks wonderful, I love having a larger display on my GBC, especially to play original GB and GBC games vs on a GBA where they display the quite a bit smaller. I really like the pixel grid effects and I wasn’t as huge of a fan of them on the DMG retropixel so that is very interesting. Definitely offsets the starkness of the straight IPS type display which I think is nice to have when it’s full color. The touch sensor and start select work but seem a bit random to me but I’m learning and it seems to function just fine. I think it’s just not a straight forward like the contrast toggle wheel on the DMG retropixel. One thing that is bugging me is there is a tiny strip of adhesive at the top edge of the screen that is visible even with the lens on. I even centered it vertically and horizontally as carefully as I could before installing. At some point I’ll buy another lens, pry this one off and carefully trim it out. 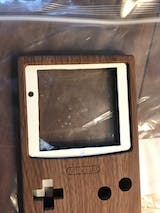 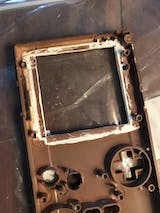 12
Back to Game Boy Color